On March 2, the US FDA has approved a new drug application (NDA) for AZSTARYS (code name: KP415), once a day, for the treatment of attention deficit hyperactivity disorder (ADHD) in patients 6 years and older. Will be commercialized in the United States. To
AZSTARYS is a compound capsule dosage form composed of dexmethylphenidate (d-MPH) prodrug serdexmethylphenidate (SDX) and immediate release d-MPH. AZSTARYS contains 30% immediate release d-MPH and 70% extended release new SDX. After being absorbed through the gastrointestinal tract, SDX is converted to d-MPH, and d-MPH is gradually released within a day. 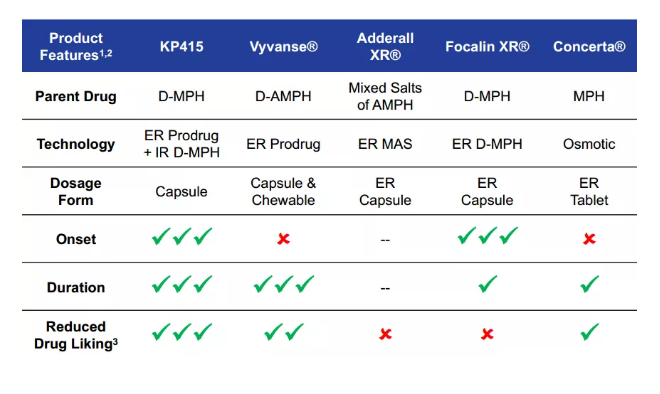 A multicenter, double-blind, randomized, placebo-controlled, phase III study (NCT03292952) evaluated the efficacy of AZSTARYS. The study recruited 150 children aged 6-12 years with a diagnosis of ADHD. The results of the study showed that compared with the placebo group, the symptoms of children in the AZSTARYS group were significantly improved, and the SKAMP-C score was reduced by an average of 5.4 points compared with the placebo group.