On October 5, according to the news published on the official website of the Nobel Prize, the 2020 Nobel Prize in Physiology or Medicine was jointly won by three scientists. According to reports, the three winners made groundbreaking discoveries, identified the hepatitis C virus, made blood testing and new drug development possible, and saved millions of lives.
Since the Nobel Prize in Physiology or Medicine was first awarded in 1901, 110 times have been awarded. So far, there have been 219 winners of the Nobel Prize in Physiology or Medicine, and no one has won the award twice so far. It is reported that. This year’s Nobel Prize single prize has increased to 10 million Swedish kronor (approximately RMB 7.6 million), an increase of 1 million Swedish kronor over 2019.
Hepatitis C drugs included in medical insurance
The type C virus involved in the Nobel Prize can cause hepatitis C viral hepatitis, referred to as hepatitis C. According to WHO statistics, about 180 million people worldwide are infected with hepatitis C virus, and there are about 3 million to 4 million new infections each year. The death toll ranges from 35,000 to 50,000. More than 40 million people in our country carry the virus.
It is understood that the incubation period of hepatitis C is 2 weeks to 6 months, so 80% of patients will not have any symptoms after being infected with hepatitis C virus, but secretly the virus is still doing evil and gradually eroding the liver. After being infected with hepatitis C virus, about 15% of people can clear the virus on their own, but 85% of acute patients will progress to chronic hepatitis C. Without treatment, 10% to 15% of patients develop cirrhosis about 20 years after infection, and the further development of advanced cirrhosis can lead to liver failure or liver cancer.
Although 60% to 90% of patients infected with HCV can be cured, some of the latest treatment methods provide a cure rate close to 100%. Unfortunately, only about 3% to 5% of people can receive reasonable treatment.
On January 1 this year, the new version of the “National Basic Medical Insurance, Work Injury Insurance and Maternity Insurance Drug Catalog” was implemented. The prices of many drugs have fallen sharply. Among the 70 newly added drugs, “Bingtongsha” and “Zebidah” “Xia Fanning” three hepatitis C drugs were included in the medical insurance list for the first time, with an average price reduction of more than 85%, covering all genotype patients.
Finding that the patient is still a problem
Hepatitis C virus is a blood-borne virus. Its infection route is similar to that of hepatitis B. It is generally transmitted through blood, sexual contact, and mother-to-child transmission. Blood transmission is the main transmission route for hepatitis C. In recent years, while the death toll from infectious diseases such as tuberculosis, AIDS, and malaria has all declined, the death toll from viral hepatitis has bucked the trend. During the 15 years from 2000 to 2015, the number of deaths from viral hepatitis worldwide increased by 22%, reaching 134 per 10,000 people, exceeding the number of deaths due to AIDS.
Experts point out that high concealment is one of the main reasons leading to the high mortality rate associated with hepatitis C virus infection. Most patients did not realize that they were sick. Chronic hepatitis C has no clinical manifestations in the early stage, which leads to late detection and late treatment of patients. About 80% of infected people are not discovered until they develop decompensated cirrhosis and liver cancer.
In my country, liver cancer is mainly caused by hepatitis B virus and hepatitis C virus, of which 10% of liver cancer caused by hepatitis B, and liver cancer caused by hepatitis C is as high as 80%. Unfortunately, many hepatitis C patients have developed liver cirrhosis or liver cancer when they are discovered, and the cost of treatment has increased greatly. Especially for patients with decompensated liver cirrhosis, if they are not treated in time, the five-year survival rate is only 25%. Therefore, early screening, early diagnosis, and early treatment are essential in the prevention and treatment of hepatitis C.
In this regard, experts pointed out that it is necessary to detect patients in a timely manner, actively monitor high-risk groups, and actively screen high-risk groups through the media and medical institutions. Industry insiders suggest that people who have had a history of blood transfusion and blood donation in the 1990s and before, have high-risk sexual behaviors, a history of intravenous drug addiction, and other high-risk groups of blood exposure should carry out “carpet screening” for patients with hepatitis C, AIDS and other diseases Family members of all members should also be covered for screening. 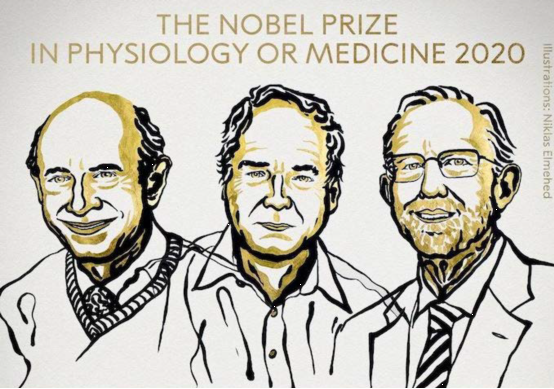